Bobrisky biography; Sometimes, rather than natural qualities; a person’s beauty is defined by their efforts. Because they continuously watch their looks, some males appear better than women.

Bobrisky, also known as; Okuneye Idris Olarenwaju, is a good example. Some people adore this trendy and skilled entrepreneur, but others criticize and say hurtful things. It’s tough not to notice this person in any situation. In all of Nigeria, he is the most popular Snapchat user.

Bobrisky was born in the; Lagos neighbourhood of Ebute-Metta. This is where the young man grew up. He was born; in the year 1992.

Okuneye Idris Olarenwaju; earned a bachelor’s degree; in accounting from Lagos University. Later, in Ikeja, The young man launched; a boutique called; Bob. This is a truncated form of a nickname he was given as a kid. Bobo was the nickname given to the little boy by his relatives. After a few years, he tweaked it and came up with the name he is currently renowned for.

The boy was raised in a typical family. He had no more than the ordinary Nigerian child because his parents were not wealthy. In 2008, his mother passed away. His father is still living.

He is currently retired; but he used to work in the transportation industry. Since he has reached a respectable age, he now has the workers that work for him.

Bobrisky’s father is married; to three women, and the star is the family’s youngest kid. Bobrisky is frequently asked about his family’s treatment of him. His father is well aware of his son’s celebrity, but he has no objections. When Bobrisky turned 18, he was free to pursue whatever career path he choose.

When his mother discovered; his feminine attractions as a child, she beat him frequently.

She even hired hooligans to teach her kid a lesson, but she soon recognized that the beatings were pointless and hid her embarrassment over her son.

He insists he doesn’t feel like a lady, but he thinks in a feminine manner at times. He is a hard worker.

Despite his differences with his mother, he cooked; and assisted her domestically. So they had a good relationship until his mother died; and she accepted; him as her son.

when it comes to the subject of who is Bobrisky, many people are curious about how he was able to build his own company.

When he was at university, the young guy worked as a choreographer, taught others dances, and earned money on the side.

He also went to several dance events. During his school years, this brilliant and entrepreneurial young man made a lot of money by dancing.

Many people have remarked on his impeccable sense of style and aesthetic sensibility. Some have sought his fashion tips and loved his outfits. As a result, Bobrisky was also active in the purchase and sale of clothing to individuals in need.

Journalists also uncovered that in 2011, Bobrisky pretended to be a woman and fooled men at bars. Then he needed money to pay for his studies, and his father couldn’t help. This was the only method he could think of to avoid being kicked out of school. When fans requested intimacy, the guy always apologized and declined. 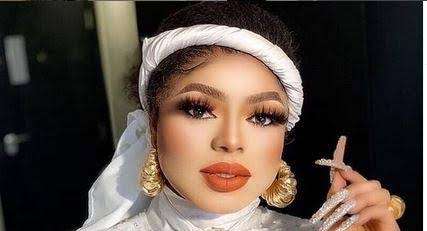 During his school years, he only wore minimal make-up. If you didn’t approach him closely enough, it went unnoticed. This fashionista wears only high-quality clothing and was named Best Dressed Male at both his faculty and the University of Lagos. He quickly rose to prominence in school.

Bobrisky now has a brighter appearance than previously. He started making them because he adores women’s fashion.

He also wanted to stand out to draw more clients to his store. He developed a distinctive brand as a result of his feminine appearance.

This is just another incentive to wear makeup and fake nails. Bobrisky decided to start a second store to sell cosmetics after attracting so many customers.

Bobrisky is one of the most controversial Nigerian celebrities that practices cross-dressing, which is defined as the act of dressing up as someone of the opposite gender.

He claimed to have a partner who is presumed to be of masculine gender, even though the Nigerian constitution prohibits same-gender s*x relationships, which is a crime punishable by 14 years in prison.

We might claim that he has illegally imported a set of ethics and values into Nigerian society that is at odds with the Nigerian Norm.

Bobrisky’s gender makeover has drawn a lot of notice, and it’s the method he’s employing to capture people’s attention.

Bobrisky’s marital status is contentious; he has claimed on several occasions that he had a ‘bae’ whom the public is unaware of.

Bobrisky is an entrepreneur who, despite his frequent boasting on social media, uses some of his skills and knowledge to generate revenue and wealth for himself.

He is believed to be the master of ceremonies (MC) for high-profile events and occasions.

He also appears in a few brief video shootings, which is obviously against society’s morals. These videos are then shared on his Snapchat account, where they quickly become popular. He is reported to profit from it as well.

He also sells a product called “Bobrisky bleaching cream.” Bob Whitening Cream became recognized around the world, and he now exports it to countries like the United Kingdom and Germany. He boasts that his $400 cream sells every day, which is incredible! His net worth is believed to be $250,000.

Q. What does Bobrisky do for a living ?

A. He is an entrepreneur and he sells cosmetics product.

Q. What is the Net Worth of Bobrisky ?

A. Bobrisky Net Worth is estimated to be at $3.125 million dollars

What’s your thoughts on this ?

I am a professional writer who specialises on writing blog posts and also Ebooks. I believe more in the quality of my works rather than it's quantity.

Tonto Dikeh - A Marital Heartbreak To An Independent Woman

Biography Of Mercy Macjoe, The Career Of An Actress and Filmmaker

Biography Of Femi Odugbemi, The Career Of A Documentary Filmmaker

Biography Of Charles Novia, The Career Of A Multi-Talented Filmmaker